In the free flowing world of the internet, where unthinkable amounts of video and data are uploaded each day to the delight and debate of computer savvy observers, the coverage of electronic music has highlighted our ability to conjure up and define emerging trends with startling quickness and attention to detail, as nit pickers emerge covering ever sort of electronic music distinction.

In the unregulated world of genre titles, big name DJs in the upper echelons display selective concern at the changes and modifications taking place, while steadily riding the wave as in-demand performers in any number of concerts promoted under deceptive titles.

Among these miniature battles over the right name new, freakishly original sounds, much of the emerging pop-orientated electronic music is being briskly combined under the most accessible banners.

As part of this transition there is a developing feeling of affront among hard core fans in witnessing the title of one of electronic music’s most sacred movements being used and abused; a seizing of what is strictly one of the early pioneering forms appropriated by a diverging body of polished celebrity DJs and their cohorts for convenience’s sake. For those among the muted, irked faithful, the genre titling war provides a worthy battleground to make a statement about the direction of modern electronic music.

Electro: Past and Present

As dance music ascents the airwaves and concert stages and ‘Electro’ becomes the new Rock, it surely seems like only a matter of time until Afrika Bambaataa, Warp 9 or Herbie Hancock will be getting the call up to the main stages of Tomorrowland or Ultra Festival. Yet, with the sudden resurgence in Electro, many of these artists have curiously been left behind, demanding an investigation into the evolution of this antique, mystical movement to the largest stages in the world.

Founded in the early 80s, Electro music differed from the flourishing House genre in basing its sound and creed in a deliberate and impassioned embrace of technological sounds for musical effect. 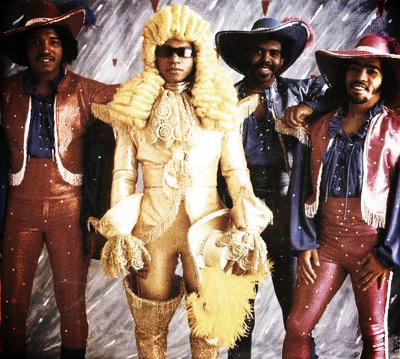 The genre has been inherently tied to the emergence of the Roland TR 808 drum machine, whose murky bass, ‘clapping’ effect sharpness of the kick drum and crisp sounding hi hats was to define a host of electronically-rendered music styles, ranging from influential New Wave pop acts to the modern powerhouse genre of Southern Hip Hop.

With the arrival of the 808 the looped breakbeat allowed producers to create music of a broad sonic range with limited studio expenses, introducing instantly available backing tracks upon which to layer their personal stamp.

Electro music employed the 808 as percussion maestro, adding tweaked synths and funk samples with heavy use of plug in effects such as reverb, delay, chorus to create an elaborate, ‘otherworldly’ soundscape. Vocals often remained absent and if included were typically enthusiastically fed through a process of technological distortion and modulation in the form of talkboxes and vocoders.

Materialising from this concoction came a generation of (mostly New York) producers who broke the mould for many derivative styles to follow. In the footsteps of black funk artists who dabbled in electronic sounds such as Miles Davis, Stevie Wonder, George Clinton and European architects of the approach a la Kraftwerk, The Human League and Gary Numan, North American streets became seasoned with cosmic groove-driven electronic bass music flavours, delivering an invigorating, futuristic spirit to dance crews who assembled on corners.

While an engaging style in its own right, Electro’s importance in music history is assured in the esteemed role of artists such as Afrika Bambaattaa, Grandmaster Flash and The Furious Five and Warp 9 as direct influences in the formation and early development of Hip Hop.

20 years later and this song still manages to seem like it was created, not just in a distant futuristic time, but on an altogether different planet.

Kraftwerk remain the most marketable and consistently relevant purely Electro act – a status afforded to them by their unquestionable influence as original innovators of the form. 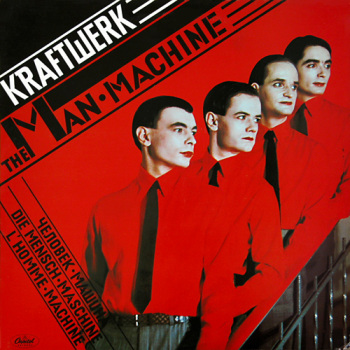 Electro’s ties to technology were reflected thematically in its tendency to explore futuristic, and often Afrofuturistic (http://en.wikipedia.org/wiki/Afrofuturism), narratives; seeking to draw the listener into an appreciation of the cosmic layers of the mechanical world around them as a profound dance experience. It’s this transition – the development from Disco/House using the machine to create human sounds to Electro seizing the machine as a musical voice -  that provided the sea-change in music production that has provided for the steady ascension and current eminence of electronic-inspired sounds.

What is now generally called Electro, however, is more likely to be referred to as Electro House or Electroclash among nit picking community; with such improper use drawing responses ranging from generalised ire at the media to conspiracy theories alluding to a concentrated imperialistic attack on the roots of the movement in an immense commercial putsch. Part of the reason for this transition can be tracked to the crossover appeal of Daft Punk, who can legitimately be viewed as exponents of the early days of Electro House, positioning themselves in the nexus of classic Electro tendencies being bred with a sophisticated attention to dance-pop stylistics to gain resonance with a broad fan base. Modern artists termed Electro have continued this association through an emphasis on funk guitar licks and a carefree experimentation with synth, moving these fundamental tools of 80s Electro in a glossier direction that can often seem to exist as palatable and catchy, yet suited to provocative dancing navigated through the tempestuous waters of a sort of punk-inspired aggression.

This is represented by a broad grouping of producers who seem vaguely in keeping with original Electro by virtue of using its original tools, albeit ramped up to a new level of sleek production and trimmed down marketability.

Modern Electro tends to shed the complex futuristic themes of its namesake, ignoring freaky vocal loops and sound bites in favour of party-orientated chants. This ground breaking music that sought to reflect and embody the spirit of emerging technology has now given way to producers who are now using technological innovations in sound to produce songs which are promoted as singles with an uncompromising pop mentality. In this way artists ranging from David Guetta to Freddie le Grand to Calvin Harris have forged an iconic status for a new breed of electronic music fans who’ve grown comfortable with the alien sounds of the machine while desiring this to be fed through a traditional four minute framework for commercial viability.

Ripe for a revamp

The shift in the meaning of the term ‘Electro’ has shown that the term has perhaps grown a bit dated and is deemed available to reuse by promoters. Because electro was defined as one of the original musical movements to signal a total embrace of electronic technology it will remain somewhat cemented in the technology of its time, and new music which has more advanced capabilities has the ability to encapsulate modern life more readily, while strictly defined Electro now sounds like a charming, retro take on the future. Electro’s influence on music has been profound, and can mostly be ascertained from the number of influential genres which emerged from it. As these emerging genres grew to overshadow Electro, the genre came to be viewed in mainstream circles as stagnant, hence allowing for this valuable name to require a musical reclassification.

The title ‘Electro’ has been so readily usurped and so easily refashioned because of its very simplicity – it’s brief, immediately descriptive (it does a whopper job of indicating that music is electronic-based), it’s attractive sounding, and because of all this is an extremely marketable tag. It works in the opposite way to underground genre titles in removing the clunky and obscure approach to titling, promoting a streamlined single word that rolls of the tongue.

The role of the nit picker

Looking at it plainly, the point of view of the recent convert or outsider is immediately understandable – it’s not difficult to see how electronic music can appear as a system of mysterious and bizarre titles to what on the surface is quite similar repetitive music. Yet for those hooked on the movement these distinctions become so very necessary; these are the vital tools for pushing deeper and deeper to unearth and confront the immense power of that exact cadence and rhythm that instils an indescribable but life-changing resonance.

Because electronic music is an immersive genre, and that a sign of becoming immersed in it involves noticing these subtle differences as extensive technical distinctions, there will pretty much always be nit picking about genres and sub genres.

Such is the nature of electronic music – those on the outside will readily usurp titles because, on the surface, it seems so acceptable because it all sounds so similar, while those on the inside who have devoted themselves to being attuned to these differences will be squarely dismissive of those who ignore them, seeing it as an inexcusable assault on their idealised world. This idealisation is the hinge upon which electronic music turns. To become converted to its multifaceted nature is to constantly seek out the perfect beat, to approach dance floors with the goal of experiencing a moment of perfection in the collective euphoria of a deep connection with music that is scary and strange for older generations. The road to immersion involves an outstanding journey, it involves a fierce association with something that is at once alien and intimate, and a virulent reaction to any impinging force. For the immersed, nit picking is our own obscure way of showing our love.