With the overall enlargement of dance music in recent years the underground scene, in aiming to differentiate itself from commercially-inclined recent upstarts, has witnessed a renewed exploration in its roots. Among the nebulous space of the internet there are signs that a new body of creative artists are using the webs of information and modern advanced production programs to tastefully mine and update the original beats that allowed for electronic music’s current eminent status. It’s little surprise then for the electronic music industry to find itself in the midst of a return to the sounds of the original Chicago scene that first nurtured its development.

With FCL’s recent version of the classic Windy City jam It’s You (originally by E.S.P ) lighting up clubs and prompting an unforeseen frenzied battle on Discogs, swelling limited edition vinyls past the €500 mark, a Chicago House revival seems to have certainly blown in.

The fact that the pioneering DJ Farley Keith/Jackmaster took to Twitter to appeal for a copy of the version and a Facebook group has been set up for owners of the record to brag about it suggests that the Belgian duo’s move in seeking to recapture the early sounds of House by revelling in the retro soundscape of 70s Chicago has sparked one of the most engrossing moments in recent internet-electronic music sphere. The demand for the single has been such that FCL have agreed an unplanned digital release to stem the flow of lower quality bootleg copies doing the rounds.

FCL’s recent mix has ushered in some valuable attention to the original producer Tommy Thumbs, who has subsequently put together work with artists outside of strictly House circles, as seen by his vocals contributions to Altered Natives/Danny Yorke’s genre-defying Tenement Yard Vol 3.

As well as new artists feeding dance floors with vintage hits, promoters are now calling on Chicagoan veteran DJs for major events more and more often. Derrick Carter’s appearance at the Australia Day festivities this year hints at the increasingly international and widespread appeal of house music’s progenitors. In keeping with this, Carter has released an unflinchingly retro volume of fifteen previously unreleased cuts and edits last November (House Masters: Derrick Carter), following on from his return to recording in 2011 with Fabric 56 after a hiatus.

A similar transition is taking place in the cyber world. A Google search of classic Chicago figures DJ Sneak and Todd Terry will provide a plethora of very recent results relating to their freshly recorded Boiler Room set. Such moves indicate a renewed relevance for these iconic artists as the new school of DJs and fans familiar with the mechanics and sounds digitally produced output seek out the substance of previously neglected material. All in all, it’s evident that ‘The Jack’ is returning to dance floor consciousness.

Formed from the ashes of the ‘death of disco’, where Chicago’s Comiskey Park was to provide the setting for the infamous ‘Disco Demolition Night’ which involved the burning of thousands of disco records, new electronically-made sounds began to appear just streets away in a hub of discotheques that continued to explore the capabilities of dance music. Among these clubs, The Warehouse, which was to lend its name to the emerging genre, harnessed a ground breaking musical direction, transforming the act of mixing dance floor singles into complex all-night sets to provide for the energised crowds that attended these establishments. Proving the apple hadn’t fallen too far from the tree Chicago House spread its seed around the States and back across the Atlantic expanding upon native disco bands, infusing this disparaged genre with new life in using emerging technology and advancing on the pioneering work European instructors such as Kraftwerk and Gary Numan. In channelling these influences Chicago DJs managed to create music that, despite its machine beginnings, allowed crowds to explore very human enhanced sensations.

As this ethos carried into other northern US cities and formed diverging interpretations, Chicago sought to reinstate its eminence in the mid to late 90s with a new influx of passionate producers. As part of the ‘second wave’ of Chicago House artists, a vibrant rave scene emerged which crossed class and race lines in what has historically been a deeply segregated metropolis.

As the 90s unfolded and the crackdown on rave culture became more intense some Chicago producers began to move into R&B production, as those sonic qualities native to the Windy City carried on in life through being fused with more pop-orientated songs, sheltering Chicago elements of dance music for its later resurgence among the current explosion of producers.

Hometown figure Amir Alexander now appears at the forefront of this resurgence. Last December he made his Berghain/Panorama Bar debut and has been in high demand from clubs in UK over the past few months as clubbers grow more and more hungry for vintage-styled sounds. Gutter Flex from the eponymous EP release in May 2012 shows a clear harking back to the early days of Chicago House in gleefully parading raspy open cymbals over a plump bass line alongside some old school ghostly synths.

Part of the reason Chicago is seeing so much attention again is perhaps the growing awareness in the US that this culture is largely their original creation. The public consensus is shifting from viewing electronic music culture as an obscure pastime of Europeans to being a home grown phenomenon worthy of re-exploring, thus creating a new market for those producers continuing the flame.

As an escape from the increasing crassness of pop-aspiring electro-house artists many have taken shelter in deep house, being drawn to the refreshing sophistication and soulfulness of its style. Through this attention, combined with the proliferation of digital versions of old school tracks, people have begun to find affinity with the immediately translatable cascading vocals and slow, hovering synth builds to the generation who first fell in love with the likes of Shirley Lites’s Heat You Up (Melt You Down).

After decades of expansion in electronic music formats into techno and trip hop forms, mostly all focusing on the developing expansion of deep pulsing bass at its the core, the modern incarnation of Chicago house-based music retains the earthy flavours of this intervening period to provide a fresh, full bodied sound. In this way we can view the resurgence as a combination of lustrous cymbals, sharp, somewhat abrasive synths and antique kick drums, along with the modern expectation of a loaded underlying cerebral bass structure.

In looking at the revivification of the Chicago aesthetic it’s also important to glance at the visuals of revivalist artists. The new movement’s strong ties to the original scene may be viewed in terms of the visual properties of vintage tracks uploaded to Youtube which typically feature a still image of the original vinyl pressing, serving to rest as the mental image of Chicago House in the mind’s eye of the browser. With this in mind it’s interesting to note some of the similarities between early innovators of Chicago House and recent artists inspired by their music in typographical and visual terms when it comes to vinyl releases. Below we can see the overlap of black and white pared down design – plain, straightforward fonts alongside a monochrome colouring tying the design together in a minimalist aesthetic – linking one of the first House records ever released to modern successors. As they seek homage in terms of design as well as in music, revivalists show an ever-present consideration of the originators. 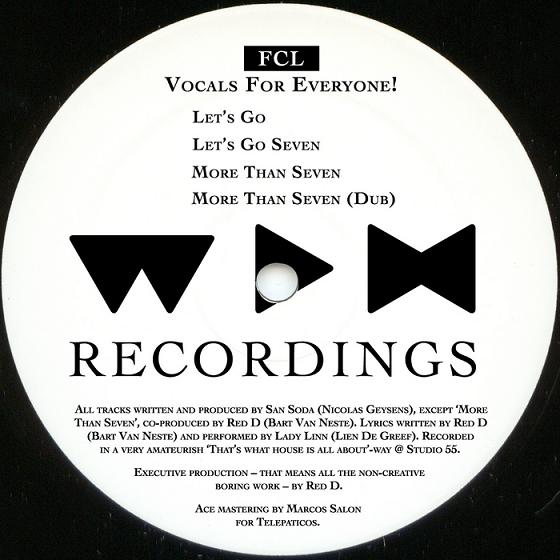 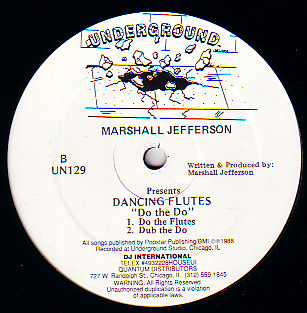 Looking back to go forward

The speed of the mixes uploaded and shared among an underground community of internet aficionados who bring these vintage sounds to their local dance floors has allowed for the rapid proliferation of Chicago-themed tracks and an enhanced means for artists to gain publicity. In the internet age resurgences happen faster and in more immersive terms as the tools for intensive exploration lie at the click of a mouse away.

It’s unclear whether this recent transition signals a bubbling revolution or just evidence of a more subtle shift towards integrating some vintage qualities into the current underground scene that it seeking to cut out a niche of sophistication in justifying its status as true heir – to solidify its blood ancestry to the original movement and the original message.

One gets the sense however that this current crop of retro-conscious producers stand on the cusp of yet another fascinating development in the history of House music; that for a musical form in which ‘moving forward’ both philosophically and sonically provides the essential maxim, a new movement steeped in tactful consideration of a glorious past is hoping to forge an alternative space, a timely restructuring of its noble origins.